Cause I have 44 of them that I’ve counted so far. I expect to notice a few more before the evening is done.

Field Day went pretty good! I made only 10 contacts; but I was busy doing the “meet & greet” with visitors (of which we had a lot), helping put antenna’s up, some cooking, and a host of other things the Club’s President should be involved in. Even talked to the GOTA station we had set up at the Wal-Mart in Shelton. Talked to several prospective Hams.

We called an early end to our portion of Field Day when I noticed Lightning (just before we heard the thunder). One strike a couple miles away (probably). The next one was closer. The next even closer. So we all decided to take our antenna’s down; and if the antenna’s are down there’s really not reason not to pack up and go home. I think we were all pretty tired anyway. 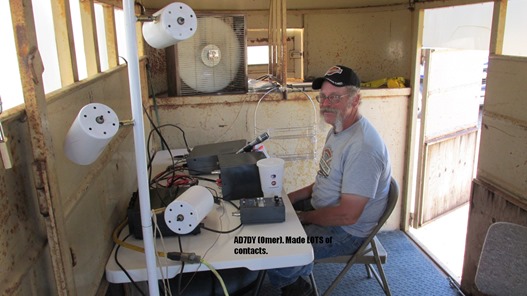 SWMBO came out after work Friday, and after working the Genealogy Library Saturday. She fit right in talking to some of the visitors, and the rest of the Club members of course. Me? I like having her there. Even if she does almost beat me at Cribbage. 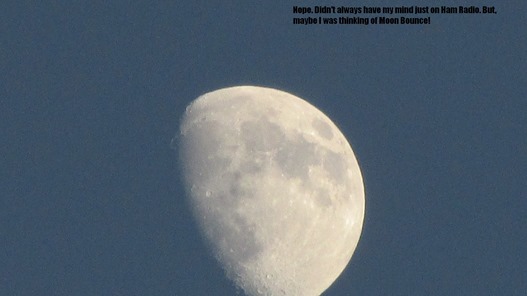 This itching is driving me nuts! I think I have mosquito bites on my mosquito bites! Using a lot of that Aloe Vera with Lidocaine stuff SWMBO bought.

My goodness it was HOT Friday and Saturday. I enjoyed the hell out of it; but most everyone else (WaRshingtonians) were just wilted with the heat. But, I gotta admit the Caravan was just a bit too warm to stay inside it during the day.

And that’s pretty much it. Radio is still in the Caravan so the Net will have to get along without me tonight. Aw. I’m going to take a shower and hit the rack. 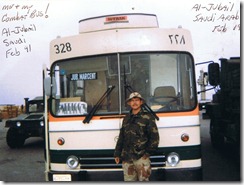