Weather varies from cloudy and kinda cool to sunny and HOT and me and the Dog try to dress for it all. When we gotta get dressed that is.

Been busy doing yard work stuff, including whack-weeding about .5 miles around the edges of the property and the trail the Dog and I walk several times a day. Way Too Much Whack-Weeding! Iâ€™m too old for this crap.

Other than that just not a whole lot going on. Sometimes being â€œretiredâ€ just ainâ€™t worth it.

The Yeasu folks got my radio and let me know theyâ€™ll get to it when they get to it. Could take 2 to 6 weeks just to be diagnosed.

Set up my real spray paint machine to paint the fence out back. Took the fence apart so I wouldnâ€™t spray the house at the same time. Was spraying one section when the pressure hose split. They Waz Paint Everywhere! Wasted about half of the paint before I could get it turned off. Aaarrggghhhh! So I would up doing one face of the different sections by brush before I ran out of paint. Have to get some more. Put the fence back in place to get it out of the way.

Ex-Renter shit: Got word that he told a friend that he was going to invite some people to help him move his shit and try to kill us all before the Sheriff could kill him. Basically suicide by cop. So the Sheriffâ€™s went over to talk to him and he cancelled coming over. Good moveâ€¦

Later, when they went back to arrest him for several No-Contact violations, the idiot fought with them. So, he got arrested for Criminal Mischief, Official Misconduct (no-contact stuff), and Resisting/Interfering with Police on top of the other felonyâ€™s. His bail is $100k per charge.

I was going to get rid of his â€œstuffâ€ before all this. His lawyer (scum sucking lawyer) mailed me a letter saying I didnâ€™t have the authority to evict the ex-renter (which I did according to the lease) and â€œaskingâ€ that I keep his stuff until he can get it. (Which wonâ€™t be for awhile now unless he can make $300k bail.) So Iâ€™m thinking of piling it all under my deck and covering it with a tarp. And charging him $100/mo for storage.

So, interesting week even though I didnâ€™t get out of the house that much. SWMBO gets to pick the restaurant tomorrow since I chose the all-you-can-eat place last Saturday. I really look forward to our dates! 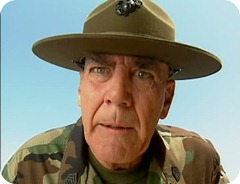