Interesting Wx over the past couple of days anyway. Yesterday it snowed off and on all day. It’s been snowing today at least since I got up at 0600 this morning.

After a couple of minor setbacks, we finally got financing for the RV we were trying to buy. Which was freaky since “everyone” tells us what EXCELLENT credit we have! Except you can’t get anyone to loan you any money. But it all worked out.

Driving the “new” RV from the dealer to the house reminded me of that 60-passenger bus I drove in Saudi during Desert Storm. BIG! But nothing I can’t get used to. I think it’ll be fun getting out on the road and driving around. Until the first time it breaks down! Then I’ll probably wonder why in the heck I ever thought it would be fun. But that’s all part of it, I guess.

So, I’ve been out hooking up electrical and water and trying to learn how the thing works. It has it’s “dings,” but nothing that really matters. Can’t get the generator to run more than 3 minutes before it chugs out; but I’m trying to check that out. Of course, I’m as much a mechanic as I am an electrician!

Speaking of which; bought a box of “electronics” from the back of the South Club’s President truck (he was donated old “radio” stuff by the widow of a ham) for $20 that included an old Bell & Howell Schools Oscilloscope. Plugged it in but it wouldn’t light off. Took the cover off and everything looked fine so I started making sure everything was tight. Dug out a couple of bee’s that were entangled in the wiring.

So, after tightening up and “debugging” I plugged it back in and it came right up. Cool! Now, what the hell do I do with the thing? Looked up a lot on-line but it just ain’t making any sense to me. I need someone to show me how to use the thing. Ah well.

Let’s see. Really not much else going on around here. Mostly been hanging around the house and working on the RV. SWMBO and I went out to the BBQ place in Silverdale last Friday. Took our son, Brian, with us. Regular shopping trips to Albertson’s and Costco.

Well, snow is turning to rain now so it ought to get pretty slushy out there. Think I’ll walk the dog! 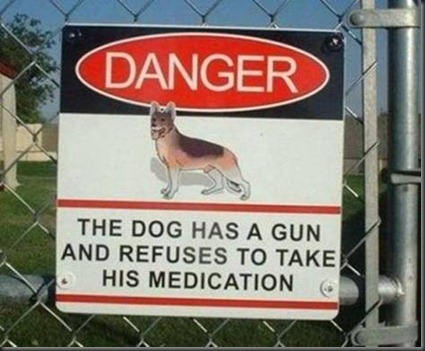