When it works right I can have a video call with my Schweetie in the hospital; like I did today. At other times I get tired of that damned “Your phone is not registered on a network so you can only make emergency calls” message I get (a lot!) when I try to initiate a call to said Schweetie.

Yesterday the Wx Weenies said there was a chance of Thunderstorms here today before 0800. Didn’t happen. Other Wx Weenie said it was supposed to be a LOT cooler starting tomorrow. Looks to be in the low 70’s; which ain’t that cool around here. So me and the Dog have been taking off all our clothes and going about our day enjoying these waning days of summer. Even after 12 years it’s still a nice walk around the back of the property. Think I’ll put in a couple more paths next summer.

Gotta admit: Having been paying too much attention to the News lately; what with other things on my mind and all. But it seems to me that the Democrats are getting kicked in the teeth a lot lately; what with Biden being such a shitty President and all. Fauci might finally get his comeuppance. Doubt it but one can dream. Anyone else upset that our lives have been totally fucked over by another Democrat Liar? Unfortunately, not enough of us to make a difference.

The Republicans lack balls and half are women. Approximately. But don’t get me started.

What with the love-of-my-life being ill and all, it had me thinking what my life would be like around here without her. Mostly the same but intensely lonely. The day-to-day shit wouldn’t stop; I just wouldn’t have the chance to stop and give my schweetie a smooch or look in on what she’s doing. Which is the main reason we haven’t “spread out” throughout the house (ie: me and my radio stuff in the daylight basement and her on the main floor with her sewing room). Nice to visit with her during the day.

I wouldn’t know what to do with her sewing room either. When we first moved in I convinced her to use the Master Bedroom for her sewing room. Attached bath an all! We use the smaller bedroom as ours. Much less space to chase her around in. (Cause I’m at that age now where the longer I have to chase, the better chance that nothing will happen BUT heavy breathing when I finally do catch.)

Anywho, SWMBO promised she’d call again this evening and I got things to do before hand. 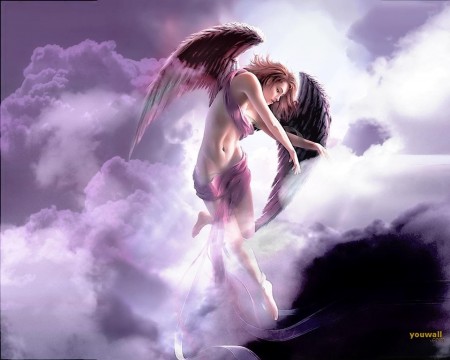