And enjoyed the heck out of it.

Finally got over my trepidation about actually transmitting (kind of afraid my transmit signal would walk all over someone else trying to transmit/receive) on 14.070.5 in PSK-31 and sent out a few CQ’s. Answered a few also. "Talked" to N4NUI in Sandy, Utah – WT6X in Livermore, Ca – W8TTY in Cleveland, Oh and KF7ELU in Fort Bridger, Wyoming today. A couple of days ago I "talked" to JH9CHL in Japan and UA0ZAY in Russia. Too Cool! PSK-31 works great!

Found a site that tracks PSK-31 transmissions where you can monitor your call to see where your signal goes. Or how far away someone could tune you in. I was really hitting Southern California and the East Coast. Even hit Japan a couple of times. Didn’t manage to get to my friend in Pa though.

However, tried a few CQ’s on voice/ssb on 14.230 (or there abouts) and my radio didn’t seem to be putting out much in watts. Had the radio set at 75 watts output but my Radio Shack meter (which has been pretty accurate) indicated only about 35 watts output. Didn’t check at the time but now I wonder if my ALC had anything to do with that. I’ll be checking it out tomorrow. I’d like to do some voice contacts.

Got out and worked on my long wire antenna the other day. Cut 15 feet off it, cut 20 feet off the feedline, soldered them together and got it out of the way. Not nearly as much RF back into the shack now. Nice to be able to run all my computers and transmit/receive at the same time. And I don’t do too bad on distance either!

Just not much else going on around here. Weather mostly sucks. Had a couple of really windy days. Some snow north of Seattle but none here. Now the temperature is really supposed to drop over the next couple of days. Brrr.

SWMBO and I went to El Sombrero’s for dinner last night. I really enjoy my time out with her!

And that’s about it.

Getting Ready For My Trip To Mississippi! 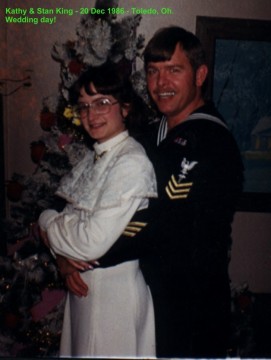