Not a whole lot going on today. Had a very, very, very light snow for about 5 minutes earlier this morning.

Dog and I didn’t go for our usual walk since SWMBO was taking her friend (and her (the friends)) dog home. I tried to delay breakfast until she (SWMBO) got back but she called and said her friends son is still in pretty bad shape and may be going back to the hospital. Which means her friend would come back here since she’s too old to be alone for any length of time. Bummer.

So I’m puttering and learning to use ffmpeg from the command line. Made that .gif you’re seeing. Ms. Chapman certainly had legs worth showing off! Was having troubles cropping and resizing until I realized that I had an extra “w” in the variables. An actual “w.” Wasn’t supposed to be there.

I don’t like the quality though. See how it looks almost “pixelated?” Or is that a kind of moire pattern? Either way, it sucks. But I really haven’t found a program (in Linux anyway) to easily make an animated gif from a video file. Nor an .apng (which it seems a lot of sites don’t really use anyway). And, the better the resolution, the bigger the file. You ever try loading a 103mb .gif file in your viewer? Takes forever.

Too bad one can’t just embed a video file in an e-mail (how I post) without hosting said video file somewhere on the web first. Meaning: one should be able to embed .webm (etc) in your e-mail and hit send.

Ok, Have to admit that this post has been sitting in my drafts folder for a week. I was gonna post; then Russia invaded Ukraine and I kinda sorta got caught up in sticking to the NEWS and following that.

AND making runs to the stores to get some long-term storage items (including 50 lbs of various types of beans and rice)(which I know how to cook and use)(and we will use!) and some other things. All for JUST IN CASE. Cause I don’t trust Brandon nor the other “government” public thieves, er, servants.

Watch Washington DC! IF the government fools start to disappear, just drop out of site, run for the hills. Batten down your hatches. Shit is about to hit the fan.

Otherwise, SWMBO and I are doing well. Date day(s) are still great. Otherwise we’re retired. Oh, yeah: river of rain coming in from Hawaii and we’re supposed to get REALLY wet over the next few days. The joy.

Watching a lot (LOT!) of freeze drying video’s on YouTube. Made sure my house is grounded. Turning part of the basement into bulk food storage.

Was working in the basement and had to pick up a 4x8x1″ sheet of siding and saw shooting stars in my vision before sitting it back on the ground. Maybe I really am getting old? And maybe that fookin’ Maderna jab fucked me over? 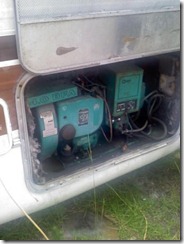 I Wish I Could Fight Like Harley Quinn Did When She Broke Out Of The Torture Chamber.