Got up at 0630 this morning, SSS and headed out to the waterfront park in Allyn to do my stint as Ham Radio Operator for the Rhapsody Ride. Was fun. Somewhat boring, but fun. At least I was on the waterfront and able to watch the water, Wx and birds when there was nothing else to do. Bill, AE7GC, was there with me. We got food and got to watch a lot of asses in spandex that shouldnâ€™t have been in spandex. 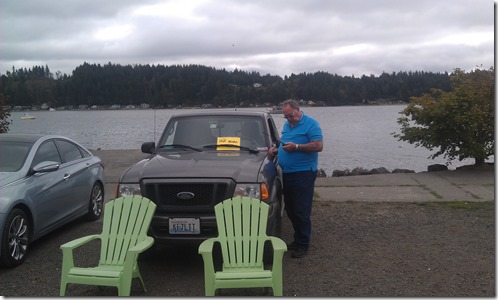 It was also a great try-out for our handheld radios and general communications. We both had to learn how to reprogram our radioâ€™s in the field. The radioâ€™s worked fairly well. Hell, we even found a couple of lost riders! That was cool! 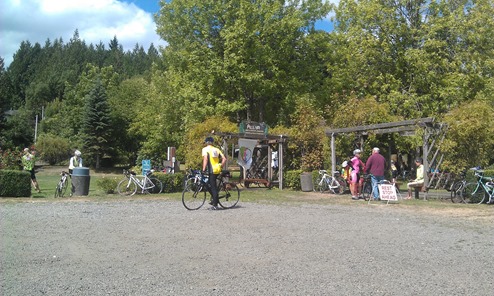 That finished up for our station about 1530 so I came on home. Been reprogramming my handheld radio with the programming program and cable made specifically for doing that. I even got the local police, sheriff & fire frequencyâ€™s entered. It is a whole lot easier to program what you want with the cable/program. 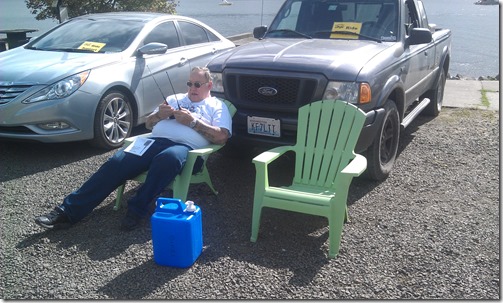 Other than that, just not much going on.