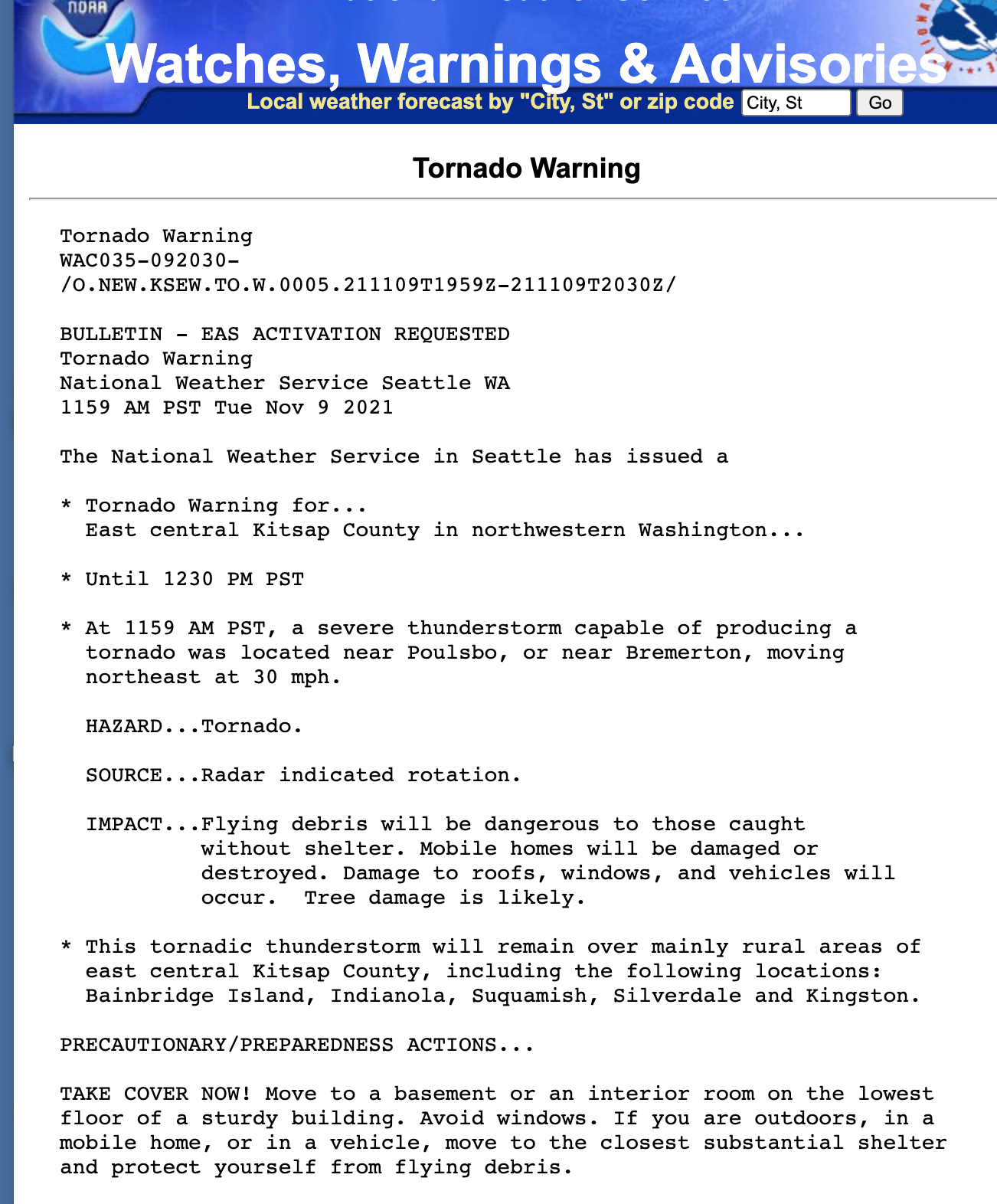 Heard thunder. Turned the radio on and a Ham is reading the warning for Silverdale, Poulsbo area. Which isn’t really that far from us. So I set the camera up out on the deck “just in case!” The Windy.com site shows some lightning over by the coast but nothing nearby. Do like that TAKE COVER NOW! part though. And I contemplated going to Home Depot in Silverdale while out running some errands… No one actually saw a tornado and the pictures (I’ve seen) don’t show that definitive “hook” one tends to see in the mid-west. If you live in a mobile home, kiss your ass goodbye … 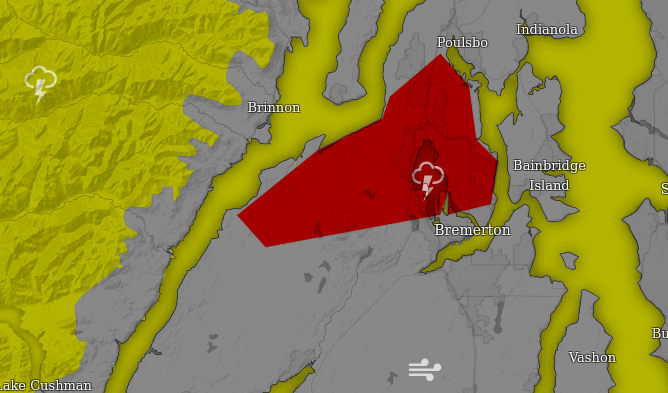 Had some lightning fairly close to the house so I unplugged my (expensive) radio’s (but left the cheapie plugged in). Even though I think I’ve adequately grounded my tower, I really don’t want to test that on the 857d or 991. The power did fluctuate enough to reset my computer so I turned them all off for awhile. (My main computer. The scanner computer (which I was using). The Raspberry Pi’s in the Living room (media server), Library (print server), My room (Media server and or Radio digital modes). Plugged in everything that takes a usb cable to charge. (My solar controller handles that well even with power out as long as the battery lasts.)

AARON RODGERS: “When Trump in 2020 was championing these vaccines, what did the left say? Don’t trust the vaccine. Don’t get the vaccine… What happened? Biden wins and everything flips. Shouldn’t that give you a little bit of pause?… Isn’t this about health, not politics?” pic.twitter.com/z2d9lnIiP5

After extensive re-arranging most of the contents of the kitchen cabinets (I TOLD her not to leave me alone and unsupervised!) I’m in my office relaxing and having a tin of Kippered Snacks as, well, a snack. I deserve it. Its about the only thing I eat that drives SWMBO away for several hours. She can’t stand fishy smell/taste. Doesn’t eat fish; likes shrimp.

SWMBO called. Her last ABG (today) wasn’t as good as they’d hoped but they decided to not change her O2/lpm to kind of force her lungs to adapt. They also want to try something called a oxymizer. Yeah, I had to look it up too. If she does well (or at least maintains) she could be home soon. Might be on O2 a bit longer but this is stuff she can do at home and not have to pay $260 each time her Doc sticks his head through the door. (We got his bill today. Thank goodness for Tricare!)

Fook! My favorite Weather Weenie just used the “S” word. (Snow) Guess I ought to put those Youtube video’s on hydroponics to use sometime soon! Looks like I’mma gonna be Kratkey some things in the basement.

Y’all have a great evening!