And what fun it was! Weather persons said it wasn’t going to rain (much) today, and the temperature was going to be fairly decent (Never thought I’d live someplace where 45 degrees and kinda sorta Misty would be considered OK) so I thought I’d better take the time to clean the woodstove. Not a job I enjoy but it has to be done.

So I let it cool down and took all the bricks out of it. Climbed up on the roof and ran the chimney brush up and down the chimney about 50 times. Chipped all the gunk off the rim of the chimney then put the chimney cover back on. Then the fun began! Scooped out all the gunk that fell into the stove, vacuumed it, put the bricks back in then wiped everything on the stove down. Only took a couple of hours. Restarted the fire as it was starting to get cool in the house. What a dirty job! Figured since I was doing all that I might as well take the fan I have behind the woodstove out and clean it good. That took another half hour! Still have to dust the rest of the living room but I think I’ll wait until tomorrow.

Finally started scanning the old cruise books from the Turner Joy that I borrowed from a guy (Butka) after the last TJ Reunion. Got the first (1965) of his done (one page at a time) and then mine (1984). Mine was easier cause I could cut all the pages out of the book and run them through as a batch. I like doing it that way much better. I am scanning it to get rid of the book taking up room on my shelves. I’d much rather have it in electronic (jpg) format. Way easier to store.

Power went out for an hour or so around noon. It wasn’t raining. There was no wind to speak of. No earthquake. Didn’t see any Alien ships landing and knocking over powerpoles. All I can figure is that some bird landed on a wire and farted and it was enough to knock the power out. Figures I’d live in the only place in Washington where the power goes out in fairly decent weather.

Been on a "Dogfights" marathon. Cool show!

Oh yeah; took Poop Dog to PETCO for his appointment. The girl behind the desk asked me what kind of grooming I wanted to give him. I told her "I’d say to shave his butt and teach him to walk backwards but the wife would kill me. Trim his face, shampoo & dry and trim his nails if you can." Can you believe it took them about 4 hours? It did. We would have done it ourselves but we have no way to dry him except for towels and that just doesn’t get him dry enough for this cool weather. And I don’t trim dog nails cause I’m afeared of cutting too much off and causing more problems.

Headline: Ticker: Gay priest gets big inauguration job. Is that what they’re calling it now? Fairly innocuous headline but it sure sounds dirty.

Headline: Finger length may predict financial success, researchers say. Remember; it’s not how big or long it is. Its how you use it.

Shaking my head headline: Ohio teen convicted of killing mom over video game . Alright folks. Time to ban all video games. If you peek at the photo of the kid talking to his lawyer you can see that he has no idea of reality.

2nd Shaking my head headline: Pair accused of assault over Wii Christmas gift. So this guy, instead of being happy that he got something other than a paternity suit from his girl complained about getting a Wii instead of a remote control plane. He grabbed her. She hit him (hopefully with the Wii). They both got arrested. Merry Christmas! Next year she should give him an STD… 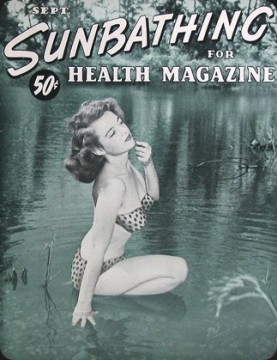