Firm raises $15m to bring back woolly mammoth from extinction

The project is framed as an effort to help conserve Asian elephants by equipping them with traits that allow them to thrive in vast stretches of the Arctic known as the mammoth steppe. But the scientists also believe introducing herds of elephant-mammoth hybrids to the Arctic tundra may help restore the degraded habitat and combat some of the impacts of the climate crisis.

Wonder how they taste BBQ’d. I’d be like Fred Flintstone and his grill.

Condom â€˜stealthingâ€™ is a vile practice. California is right to ban it

…a phenomenon that 12% of women say they have experienced, and that 10% of men say they have perpetrated, but which for years has had no legal recognition and no name other than the one given to it by its practitioners: â€œStealthingâ€, the non-consensual removal of a condom.

Would “It just slipped off!” be a defense?

The resort, known as Squaw Valley since 1949, will be called Palisades Tahoe, the business announced on Monday.

Damn! Now I gotta go and relabel all those pictures I took in 1970!

A group of young people are not only eschewing excess material items, but also meaningless relationships and â€˜emotional clutterâ€™

Actually, the longer one is married one kind of falls into this naturally …

President Biden told California voters at a Long Beach rally in support of Governor Gavin Newsom, who is facing a recall election, that the eyes of the nation are on the Golden State as it makes a decision that will “reverberate around the world,” and warned “you either keep Gavin Newsom as your governor or you’ll get Donald Trump.”

Right now, that’s not such a bad idea for California. (And the rest of the country.)

That rate, an increase from the current 37% levy for the wealthiest taxpayers, would kick in for single individuals with taxable income over $400,000, according to a legislative outline issued by the House Ways and Means Committee on Monday.

Not that I’d even have to worry about it (cause I’ll never be “rich”), but, they already pay 37% for being successful. Something is wrong with that.

It bothers me that the local Government raises my taxes on the value of my house; then hires the appraiser that comes out to guess how much my house is worth. And that outside decks are taxed as “living” space. And that if I want to change the size of the deck (or change a window size/placement) I require the County’s permission.

I’m willing to bet the “poll” was taken in the office among the employees present and represents only about 8 people. And those “Republicans” are wrong to support any mandate.

Obamas, Bushes and Clintons teaming up in effort to aid Afghan refugees

The Presidents’ club is teaming up to aid in a massive, bipartisan effort to welcome and support Afghan refugees that is being launched Tuesday.

Because, God forbid they should do anything for Americans. Don’t get me started.

…According to the book, Milley â€œsingle-handedly took top-secret action to limit Trump from potentially ordering a dangerous military strike or launching nuclear weapons.â€

Milley promised the Chinese he would tell them if President Trump ordered an attack against them. In other words: This Piece Of Shit General Milley committed treason. (But how much y’all want to bet he never gets even accused of it.)

And that’s it. Made a run to the bank, spend too much money at Home Depot, and made a stop at the WinCo for some things I was out of. Spent some time moving things around in the garage and putting the new sub flooring down. Was fun!

I Can Only Please One Person Per Day. Today Is Not Your Day. Tomorrow Doesn't Look Good Either. 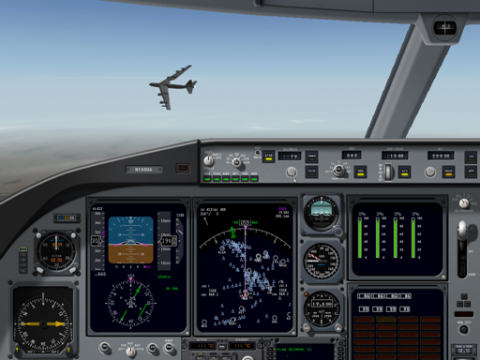