But this has been the crappiest week physically that Iâ€™ve had in years. Headaches. Weakness. Apathy. All I want to do is sleep. Beginning to think itâ€™s a combination of my chronic depression and the onset of Winter around here. Not getting to spend as much time outside. Gonna have to work on that.

So I got out and mixed a couple of buckets of cement, set the pole Iâ€™m using as a base for my 2-meter antenna, and poured it into the hole. Poles straight so now to just let it harden. Then to add another pole for another 11 feet of height. 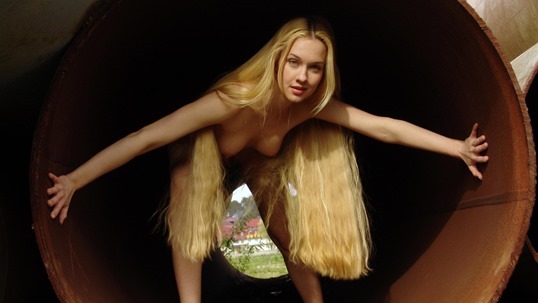 Took the Dog for a walk around the back 40. Been awhile since weâ€™ve done that. Nothing much has changed. Found I need a taller Dog though; to take out the spider webs across the trail. And there are some big, fat, spiders out there!

SWMBO is home and fed. Sheâ€™s complaining that her computer has, for some unknown reason, started downloading the videoâ€™s she double-clicks on on the TV Drive. And it switched back to Windows Media Player from VLC. Hmmm. Looks like I have a Tech Problem to work on tomorrow while sheâ€™s at the Genealogy Library.

Thatâ€™s it. Iâ€™m gonna to lay down and read awhile.