Decided to get off my lazy, fat, old, ass and do what I could outside today; since it wasnâ€™t raining. So I moved the last of the cinder blocks from where they used to be (where the old garden area was) to where they are now (near the new garden area). And, of course, half way through the job it started sprinkling. By the time I finished it was downright raining so I figured the Universe didnâ€™t want me to do that anymore and quit.

So I swept the garage until it quit raining again. Started a pile of â€œstuffâ€ that can go to the dump. Made a run to ACE Hardware for some brackets that Iâ€™ll need when I move my 2-meter/440 J-Pole up on the roof.

Other than that, it was pretty much SSDD like it always is. Did find out that if I play a movie, start X-Plane, and bring up World Editor and load an airport, that my computer is going to lock up. I only suspected it before, the other times itâ€™s locked up, but now Iâ€™m pretty sure thatâ€™s one (or several) things that will lock it up. Note to self: Stop That!

And that was my day. SWMBO just pulled in so Iâ€™m going to spend some time with her before going to lay down and read. 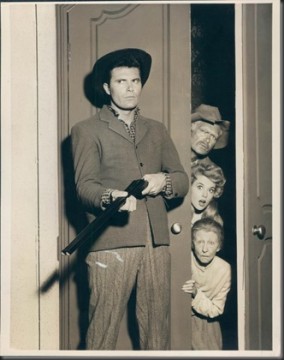