More than 1,000 American soldiers have lost their lives in Afghanistan in the last 27 months. This is more than the combined total of the nine years before. Thirty have died in August.

During the last month, over 50 additional NATO and US servicemen have been murdered; inside jobs by those who are hired to be a force for good in Afghanistan.

The commander in chief is AWOL. Not a peep, although he ordered the White House flag flown at half staff for the Sikhs that were killed.  There is a deep disgust, a fury, growing in the ranks of the military against the indifferent incompetence of this president.

It has taken on a dangerous tone. No one knows what to do about him, but the anger runs deep as the deaths continue with no strategic end in sight to the idiocy of this war.

Obama has had 4 years to end this futile insanity, during which time he has vacationed, golfed, campaigned, and generally ignored the plight of our men and women in uniform.

But, there is now a movement afoot in the armed services to launch a massive get out the vote drive against this president.

Not just current active duty types, but the National Guard, Reserves, the retired, and all other prior service members. This is no small special interest group, but many millions of veterans who can have an enormous impact on the outcome of the November election if they all respond.

The million military retirees in Florida alone could mean an overwhelming victory in that state if they all show up at the polls. It might not keep another one hundred U.S. troops from dying between now and November, but a turn out to vote by the military against this heart breaking lack of leadership can make a powerful statement that hastens a change to the indifference of this shallow little man who just lets our soldiers die.

ALL our Military, Active, Reserve or Retired NEEDS to get out and vote this son-of-a-bitch out of the most important public office in the world. Indeed, we need to replace all our Governmentâ€™s supposed Leaders this election cycle. Donâ€™t just sit and bitch about how it is when YOU CAN change it for the better. 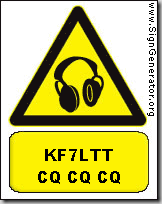