But, my life is fairly normal nowadays. I finished pushing the dirt from the old “Dome Hole” last Monday. It took me only 3 days with that dozer I rented! Three days! (Iâ€™m gonna have to find before & after pictures and post them.) I moved a LOT of dirt and I moved it for about half what one contractor wanted to charge me. Cool!

Got home Monday evening and called Premiere Rentals to come out and pick up the dozer. (Jim?) said heâ€™d have someone out there at 1500 Tuesday to pick it up. So, Tuesday I went on out to the property and ran up and down the road with the blade trying to smooth it out and make it a bit better. Had stopped by the gas station on the way in and filled 6 (SIX!) 5-gallon gas cans with diesel and poured them all into the fuel tank on the dozer. Damn! $150 for fuel! Damn! Remember when diesel was $1.50 cheaper than gas?… Anywho, 1500 came around and no one arrived to pick up the dozer. 1600. 1700. 1715 I left for home. Tried calling Premiere Rentals but their answering machine (if they even have on) obviously wasnâ€™t on so that was that for the evening. All that waiting did give me time to clean as much dirt off the tracks as I could though.

Wednesday I had planned to stay home all day and get things done that I just havenâ€™t been able to do what with going out and moving dirt. Unfortunately it didnâ€™t quite work out that way. Called Premiere Rentals early and talked to (Greg? Craig?) and tried to explain that someone was supposed to pick up the dozer YESTERDAY at 1500 and I had waited until 1715 but no one had showed up and he cut me off with “We pick up those when we have a driver and equipment available.” I tried to say that Iâ€™d MADE PLANS that I couldnâ€™t get to as I was waiting on THEM but he cut me off again. Said theyâ€™d get to it “When they could.” Fine. Give me a call when youâ€™re ready cause I have to drive out to the property and take the chain across the driveway down and BRING THE KEY to the dozer with me. 1200 comes and goes. 1300 comes and goes. 1400 comes and goes. So I call them and get (Jim?) again. He said “Trucks leaving in 15 minutes.” Cool. So I drove out to the property and their driver (nice guy) showed up about an hour later and picked up the dozer. I drove back home but never did get everything done that I wanted to do…

Thursday: Went out to the property and drug the last of the logs to the bottom of the hill. (Gotta remember to call Steve and ask who he sells logs to…) Gave a neighbor a truck load of dirt. (After all, I have a butt-ton of it laying around.) Came on home and took SWMBO to COSTCO for sodaâ€™s and we ate hot dogs there. Both of us can eat a meal for less than $4. Cool. Home Teacher visited around 2000 for an hour.

Today: Had a 1000 meeting with the Architect to go over the house plans. He does good work! Gave us printouts of the plans to go over this weekend to be sure that everythingâ€™s where we want it. Cool! Took SWMBO to the Silverdale Mall so she could have one of her favorite sandwiches and we walked the mall for awhile. Stop by our site and check the plans out!

A week or so ago SWMBO had put a plastic water bottle of grape juice behind her seat since it tasted like it had “turned.” We had just left the mall and was driving through the parking lot of the Silverdale COSTCO when the damned thing exploded! No shit! It made a noise like someone had stuck a big-caliber gun through the window and shot one of us. Damned near scared the crap out of me! Because of the enclosed space in her car it sounded a lot like that dozer battery that blew up on me a couple of years ago. Funky smelling grape juice all over the place! Had a good laugh about it LATER.

Except it screwed with my head for the rest of the afternoon. Guess it brought back too many feelings about some experiences during Desert Storm and that battery. Got over it though.

Still making time-lapse videoâ€™s of clouds and sunsets and then adding music to them with Magix Music Maker. You can check those out on MY site if ya want.

I think Summer is pretty much over up here… 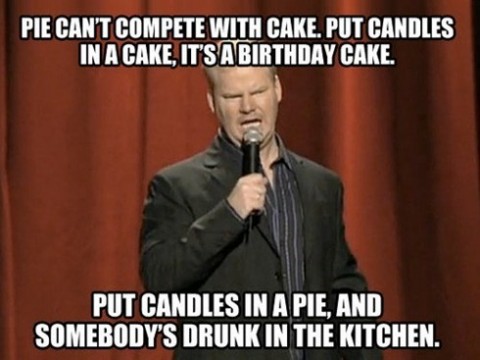 Things Been Fairly Normal Around Here!