Got up early and got ready for the Kitsap Airporter ride to Seatac. Arrived at the 76 Station in Gorst at 0715; in plenty of time. Airporter didnâ€™t show up. Pulled out my ticket for their number, gave a call, and found out I was scheduled for the 7:55 PM shuttle. Damn! How in the HELL did that happen? Luckily SWMBO was still up and willing to drive me to Seatac Airport! (What a schweetie!!!)

Got to the Airport and it took me only about 10 minutes to get through the TSA Security check. Had plenty of time to sit around waiting for my 1155 flight. Walked around some. Bought a couple of cokes for the flight.

Plane boarded and took off late, but arrived 15 minutes early. Flight was okay. Tried watching an episode of SG1 on my Superpad but it was way too noisy. Wound up spending $15 for a crappy lunch cause I was really hungry. Really enjoy flying though. Took a couple of pictures that I eventually got to send SWMBO and she now uses one of them for her desktop. Cool.

Arrived in Memphis early. Sat around smelling some of the best smelling BBQ Iâ€™ve smelt in awhile until we got to board the plane for Greenville. It was a much smaller jet than I flew to Memphis on. The take-off and landing almost reminded me of flying backseat in the Navy! Take-off Gâ€™s and landing Gâ€™s were so cool!

Uncle Herman (whom I hadnâ€™t actually seen in 50+ years) picked me up at the Greenville airport. Took me to a casino on Lake Ferguson (I think) to pick up Aunt Betty (whom Iâ€™d never actually met) and we went from there to the Leroy Percy State Park down near Hollandale. The Greenville we drove through (after dark) didnâ€™t look anything like the Greenville I remember as a kid; but it has been 40+ years since I was last there.

From there on itâ€™s kind of a blur. I think I remember going to one of the cabins for a pre-reunion letâ€™s-see-whoâ€™s-already-here gather; but I wonâ€™t swear to it as I was pretty tired. I do remember Uncle Herman and I sitting up late talking. Sure was great to see him.

Re-met my Cousinâ€™s Kathy, Claude & Billie. We all used to hang together a lot when we were 7-9 years old and we all lived in the same area (Las Vegas mostly). Of course, weâ€™ve all grown much taller, and older, but I still recognized each of them. Really really great getting back together with them.

And thatâ€™s it for now. Iâ€™ve caught a cold in the past couple of days and just donâ€™t feel like doing anything. Too much concentration required right now!

Iâ€™ll cover Friday and Saturday in the next post. 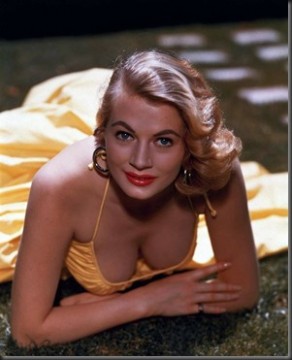