I honestly believe they have more commercial than show when Smallville is on. That’s the only time I watch that channel so I really have no idea if they’re like that when other shows are on; but it sure bugs the HELL out of me for the hour I do watch them. I’d be willing to bet they ’time compress’ Smallville so they can show more commercials too. I’m at the point of completely skipping watching Smallville on "The CW" and just download and watch it on Friday’s. And I’m almost at the same point with Battlestar Galactica on the Sci-Fi Channel. I’m too damned old to waste so much time watching commercials geared towards 20 year olds or old guys that want to ’keep some of the gray’ and have a bigger dick OR a dick that works.

Not too much going on around here. This hanging around the house SUCKS! I’m really thinking of looking for a job. A real job. Maybe go to Flagger School or something where I can pretty much choose the jobs I want to do. Then if we do get financing for our dome I can stop to work on that without really inconveniencing anyone else.

Reading over my last post I noticed that I completely skipped last Tuesday. Of course, so much time has gone by that I have absolutely no idea what the hell I did last Tuesday. Oh yeah, I unloaded the wood from my truck, split and stacked most of it and messed around the house the rest of the day.

SWMBO went to her office for her usual Wednesday "face" time; but came home by 2000 or so. Strange having her around on a Wednesday night. Then she got up early (for her) this morning and drove over to the other side to help her brother (Bob) look for a car. She said she’d be back by 1400, and was actually back by 1300. Twice in one week she’s on time or early?!?!?! Will wonders never cease?

Got off my lazy old man ass today and went to the bank. Stopped by COSTCO and dropped a cool $48 on ’stuff’. Been working on ’web site’ stuff. Took a break to see if I could break a 747-400 taking off from San Diego International. I can. Smallville was Killer, as usual. Made some music that’s kinda sorta been running through my head for one of my Sunset video’s. Now I gotta convert it to an flv file, make a page for it and upload it. Think I’ll go do that now… 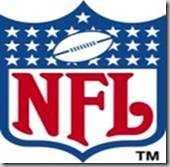