I’ve been sitting here, being lazy, watching "On The Beach". Now, I realize that when the movie was made that the cold war was in full swing and EVERYBODY was afraid of, and expecting an, Nuclear War. But I’m thinking, DAMN! Everybody just lays down and dies? I mean, hell, those people had months to plan for it. What a crock! Would I be the only one that was out finding a deep cave and sealing it up, installing air ducts with scrubbers and loading in all the water, food and survival stuff I could gather? I think not! I’d do it too, even if it was only me and mine staying in the cave. Even if we didn’t survive AT LEAST WE TRIED!

These people had the right idea. Do what it takes to survive and perpetuate the species. Just another reason we HAVE to expand off this one planet. Even a self-sustaining colony on the moon would help. Or be a great beginning. Hell, if NASA wants to send someone to the moon to set up housekeeping I VOLUNTEER. In a heartbeat. 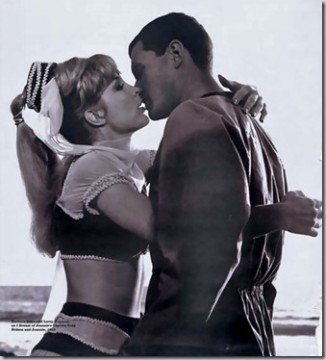