Damn! Where’d the time go? I know (and feel) that I’ve been busy, but, Damn! I really do try to post kinda regular… Guess I ought to catch up.

Sunday: Other than the first hour of Church I have absolutely no idea what I did last Sunday.

Monday, Tuesday, Wednesday: Went out to the property and moved dirt around all day(s). Was nice and sunny but COLD most of the time but I got a lot of work done. I think it’ll be ready the next storm that comes through. The hardest part was getting up around that part of the dome hole that washed away to put a trench across the path to drain the water AWAY from the dome hole. Kind of scary. I hate being up high and tilted while on the digger! It was FREEZING up there!

Thursday: Smallville was a repeat (AGAIN!) so I went to the meeting of a Ham Radio club at the Library in Belfair. Bunch of nice folks that really seem like they want to help us newbies get our ham licenses. One of the guys is going to set up a class or three for us and we’ll go from there. I’d like to get my ham license.

Friday: SWMBO and I went out for breakfast instead of dinner. Family Pancake House in PO. We’ve been there so much the waitresses (can I still call them that?) know us by ’hot chocolate & Dr. Pepper’.

Had a great omlete though! Went out to the property in the afternoon to do some last minute stuff before the snow that’s being predicted this weekend.

Today: Mostly been working around the house with my usual dishes, laundry and cooking. SWMBO got up and left for her shift at the Genealogy Library and I just lounged around until my B.I.L. left for work. It was lightly snowing when he left but turned to mix for awhile then just rain for the rest of the day. It’s been FREEZING around here! The weatherperson is still predicting snow for us for the next couple of day; but I don’t think they really have any idea what’s going to happen weather-wise.

Put some pork chops in a pulled-pork sauce and cooked them in the slow cooker for 3 hours. They were so tender you could use a fork to cut them. Good! Added some pancit and broccoli in cheese sauce. I thought it was pretty good…

Been having fun with my camera making ’time-lapse’ video’s of me working around the clearing at the property and other things. Maybe I’ll post them on my site for anyone that wants to check out. Maybe I won’t. (Probably will. I’m that way.) In the meantime, if you’re interested, you can click here to see the sunrise I captured the other morning. It’s a solid 12mb though…

That’s about it. Been playing with Magix Music Maker this evening. Ordered the latest version earlier this week and eagerly awaiting arrival. Thought I’d done about as much as I could with this version but took a look at the demo arrangements and found that I’m NOT using all the capabilities of the program. Damned near makes me wish I could read music or had some kind of musical training!

Oops! Gotta put some wood on the fire. Later! 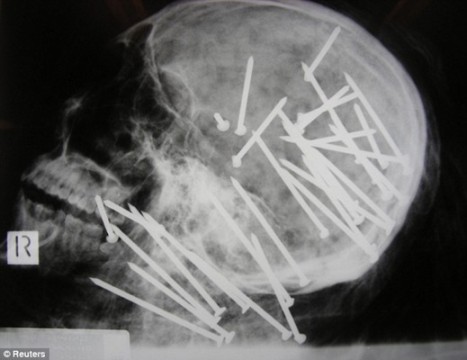 A WEEK Has Gone By?