Man, where does the time go? I know us old, retired, guys can have problems with remembering which day it is, but, damn. Days just seem to disappear for me. 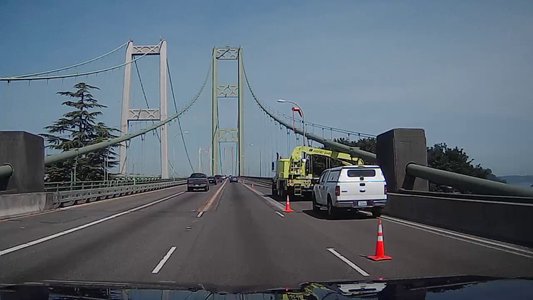 Posted Monday. Have absolutely no idea what I did last Tuesday beyond picking SWMBO up at the Ferry Landing. At the end of the day. Do remember taking the Dog for a walk around the back 40; but other than that: No idea.

Yesterday (and most of today) was my “The Weather Is Changing” headache so I didn’t really get anything beyond my usual chores done. And picking SWMBO up. (Which is always a pleasure even with a headache.)

Did get out to the heavy equipment rental place; which was closed cause the owner was making a delivery. Talked to him on the phone and they do have diggers with 6-way blades: $250/day plus $39 (each way) delivery and fuel. (Which I know I can get cheaper than he ever would charge me.) Gonna have to plan what I want to get accomplished extremely well. Thinking I may need a load of dirt to build up a part of our road too.

So, back from picking her up and making snickerdoodle cookies. Yummy! Had a strange call on my truck number on the way home: someone called and asked for my lovely young bride by name, then hung up. ???

Never thought I’d say anything like that! I like the heat, and sunny days, and not having to wear anything if I don’t want to, but, we need some rainy days We may have more of them (rainy days) than I personally like, but, right now, we need some rain. This also explains why I woke up with a headache this morning. Wx Change.

Just got back from dropping SWMBO off at the ferry. Not getting any pictures of “BOB” (Big Orange Ball) this morning for sure. According to my Trip Meter thingie I have only 23 more miles on this tank of gas so it’s probably time to stop for gas next outing. Probably when I go pick SWMBO up at QFC this evening.

The Windows 7 VM has started bugging me about Activating; of course it doesn’t like my serial number. They seem to think that I’ve got it installed on more than three computers. In fact, I have it installed on only two (counting the VM). While I would hate to not use Windows 7 in a VM, I really have no problems going back to my copy of XP for the 3 or 4 things I’d still do in Windows. As Long As It Works is my philosophy.

Not good for much today; what with this headache kicking my ass. Hurts the bridge of my nose to wear my glasses (which is a real bitch when I have to poop cause I read) and that usually means a worse headache is on the way. So I made myself another cup of coffee (usually have only one cup a day), and am freezing my rice arm-rest thingie in case I have to freeze my head. (Holding a really cold something to my head helps get rid of the pain way better than something warm/hot.) But I’m hoping it doesn’t go that far.

Back in Windows XP and this Zoundry program. Still not sure if I like it or not. Seems easy to use and I do like the way it downloads and lists all my older posts. I think my main objection is that I’m in Windows XP, and it’s not WLW (which I’m massively used to). The only programs I use in Windows 7 now are WLW, Videomach (for making my time lapse movies), ICE (for making panorama’s), Sigil (for editing e-pub files), PowerISO, and some of the programs from DVDVideoSoft. Would like to find a Linux program to replace StreamWriter too so I can “record” ChillTrax still.

Lots cooler today than yesterday but I still managed to get out and lay in the sun awhile. Was nice! Kind of breezy; but that kept the bugs off me. Pretty much. I’m determined to enjoy these last few days of summer. Had to cover my eyes though because of the headache. Which is still trying to hang on several hours later. But I think it is abating some. Which is good.

Thursday. No Nets. (I supposed I could hunt one up if I really wanted to.) 1950’s Monster Movie Marathon going on (but quietly). (Them, Beginning Of The End, Deadly Mintis so far.) Really, just killing time until time to go pick SWMBO up at the bus stop.

And, again, that’s pretty much it. Picked SWMBO up and we’re (obviously) home. Headache is finally starting to ease a bit but I think I’ll go lay down and read anyway. I always feel so “blah” afterwards.