Started snowing around 1330 today and has been snowing since. Got another 4 inches or so so far. There’s a foot of snow on our deck railings! 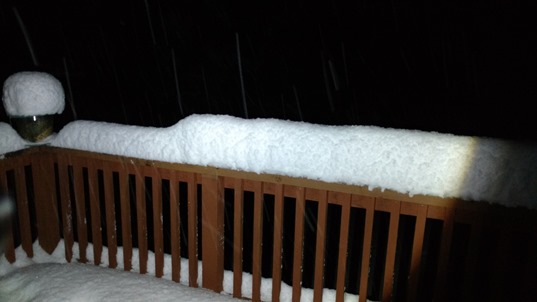 The lower part on the left is where I cleared to wood before 1300. This is at 1900 or so and you can see we’ve gotten about half of what we got day before yesterday. Oh Joy! I don’t think SWMBO is going to work any time soon.

Other than that just not a lot happening. The Dog and I do get out for walks occasionally (He IS a snow-dog!) but mostly we’re stuck inside. Ah well.

So I’ve been flying around in X-Plane. Landed the shuttle. Not where it was supposed to land, but I landed it. Hope Chicago O’Hare didn’t mind too much! 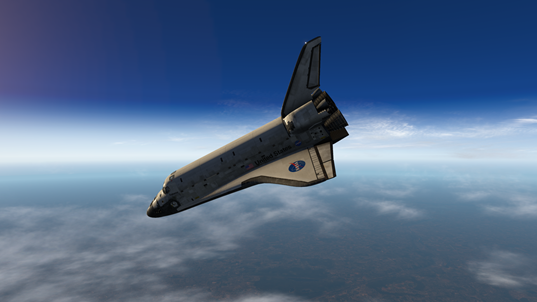 Starting to worry about my Renter. She’s a month late on electric and hasn’t paid the rent for this month yet. Haven’t been able to get hold of her in the text thingie I use. Can’t use Messenger for another 6 or 7 days (since I got time-outed again). Hope she’s safe.

Just made a run to Lowe’s for some wood and bolts and every store parking lot between here and there was full. Even Lowe’s was busy busy. Was going to get gas at Safeway on the way back but the lines had 2 or 3 or more cars waiting. There are pictures online of store shelves empty from people buying stuff they think they’ll need. Q13 is staying on air ALL DAY to cover the snow. Traffic cams from “over there” do look pretty heavy at times. 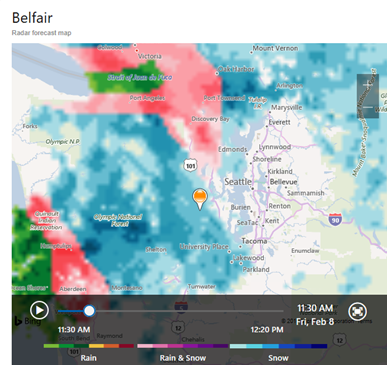 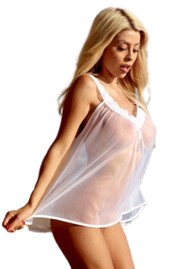 Maybe this will turn into a real snowstorm. Just as long as it doesn’t turn into an ice storm like we had back in 1996! We went without power for a week during that one. (But was glad we had a wood stove for heat!)(Which we don’t have here.)

It’s 1313 and SWMBO is heading home early cause they might close the ferries the worse the Wx gets. Don’t blame her. Like her, I’d much rather she was stuck on this side of the water …

Took the dog for a walk. He LOVES the snow! Idiot. About an inch so far. It always looks worse on our deck cause the roof of the house deflects a lot that lands on the rails. So it looks like its snowed more than it actually has. You get used to it.

Anyway, will let y’all know how this all turned out tomorrow. Gonna go ahead and post this “just in case” we lose power or I wind up going down to the ferry landing to pick SWMBO up.