Loaded up that pile of wood I have for my friend yesterday, left the house about 1115 today to take it to him. Everything was going great until traffic came to a complete stand still just past Mullinex on HWY 16. Brush fire. We were stopped there about half an hour.

Finally got to my friends house and unloaded the wood. Maybe that’s one tire he won’t have to burn to stay warm. Left his place and went the back way to Mullinex to HWY 16. Figured all the hubbub should have been over by then. Wrong! Got caught in the traffic jam going the other way.

But eventually I got back home and have been “puttering” around since. Put my shorts back on and went down and trimmed that Sycamore tree cause it was getting to where the meter-person wouldn’t be able to see our electric meters. And it’s spreading out into the yard. In our drainage field. No telling what the hell it’s doing to that. I may have to just pull the whole thing out. Another couple of years will tell.

Took the Dog for a walk around the back 40. Vegitation is looking thick back there! Trimmed some of the blackberry bushes trying to enroach on the path/trail we use. (Probably should have worn pants for that.) 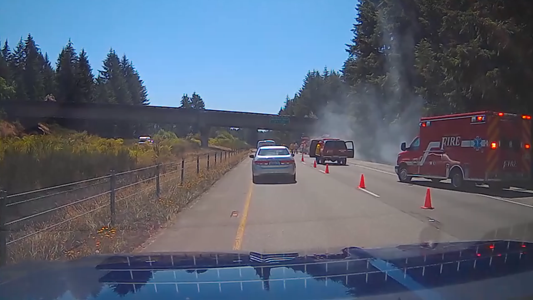 Practiced flying my drone some more. Got some good video going over the top of the house. Didn’t crash into anything even once; unless you count hard landings. Need to learn not to be so heavy handed on the controls though. Those crazy tilts in the video can make one dizzy.

And that is it for today. SWMBO is home on time again and she finished out the last Harry Potter movie with me.

Yes, today was my 64th and pretty much like any other Monday around here. The usual chores. Still cleaning out and straightening up the Caravan from this past weekend. Extra laundry with the Caravan stuff.

It was really sunny and hot today though; so that’s kind of special. After I made a PO run to get SWMBO’s package, me and the Dog took all our clothes off and spent as much of the day outside as we could. I even mowed the front-lower and back yards! And the path that we walk around the back of the property. So I shouldn’t have to do that again for at least a week. (But I still need to get out with the whack-weeder. And the neighbors insist that I be covered when I do that. Bastards.)

SWMBO got home early tonight! Well, really, she got home on time tonight. She didn’t have to work late. Cooooooolllll!!!!!

So I’m gonna go spend some of my birthday time with her.