I sure did. But I was with my Schweetie and that’s the important part for me! Her Son and future daughter-in-law came over and we had a pretty nice dinner and visit. SWMBO gave me a couple of Geology books! Cool! “In Search of Acient Oregon: A Geological and Natural History” and “Beauty From the Beast: Plate Tectonics and the Landscapes of the Pacific Northwest.” Woo Woo!

We decided to take a break (like we haven’t already been on one long break) and not work on the MILA during Christmas; so we didn’t get back down there until today. The new flooring we bought just wasn’t going to fit with the old flooring already on the floor, so we went to Home Depot and spent $121 on 10 boxes of new flooring. Twelve boxes should cover it. So tomorrow I’ll get down there and pull out the old stuff.

Won’t be just getting rid of it though. Same stuff is in the rest of the MILA so I’m going to find a spot in the basement to store it for “just in case;” like needing some of it now but not having it or being able to find it. Might as well hold on to as much as I can for “IF.”

Otherwise, not a whole heck of a lot going on around here. It was 40 degrees but NOT raining when we left for Home Depot. Dropped to 36 on the way home. Not expecting it to snow anytime soon though. So SWMBO didn’t get her White Christmas this year. But it probably runs 50-50 around here for a white Christmas anyway.

Oh, still on Facebook Time-Out too. So I’ve been doing Tumblr when I have to, er, poop, and reading when I finally lay down in the evenings. Re-reading all my old favorites. Except for my Uncle and Sister (and some of the members of our family) I really haven’t missed it. Fuck Zuckerberg and FB anyway. Wish I could bring them down.

So, anywho, that’s it for now. Y’all have a great evening and Happy New Year! 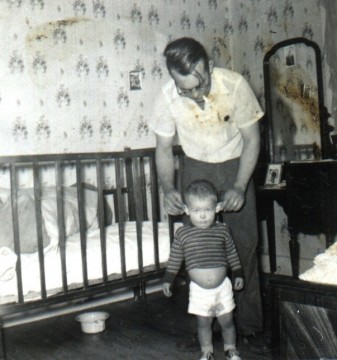