Not a whole lot going on. It is Wet, Windy, and Cold out there today. Made a trip to Safeway for some things (otherwise, why go?) and it was cold enough (34 degrees) to snow; but didn’t. Bummer. I’d rather see it snowing than raining any day. (That’s how long I’ve lived up here.)

Other than that just getting my usual chores done and waiting on the Insurance guy to come by and take a look at SWMBO’s car. Hope that goes well. Heard from SWMBO that the guy her son hit is claiming that he’s grievously injured. Sure, and my name’s Tinkerbell. Her son was moving a whopping 5 mph when he rear-ended the other car; I just don’t see how anyone can be “grievously” injured at 5 mph. But, that’s just me. Guess I worked too many accidents in my misspent youth.

And there is supposed to be another storm moving in with lots more wind. Oh, Joy. I have everything plugged in that can charge. Again. So far it’s just wet with occasional breezes.

And, I’m bored. If I didn’t have to be upstairs to watch for the Insurance guy I’d be downstairs (in the basement) straightening up and moving things around. Actually sick of sitting here in front of this computer right now. Thought about seeing how I could mess up the Raspberry Pi; but don’t even feel like doing that. All my chores are done. I’ve already kicked the Dog around some. Got dinner started and it’s only 1500. Sometimes being “retired” sucks. Not often, but sometimes.

Ah, the Insurance guy is here. It’s pouring down rain out there! Poor guy. He’s amazed at all the wire I’ve strung all over the place (antenna’s); especially the steel wire between the two tree’s on either side of the house. Hey, it all helps me to communicate!

Well, an hour later the GEICO guy is done. Estimated $3500 for repairs; of which we’re responsible for $500. Good thing Rent is coming due (from our Renter). Then it’ll take just over a week to get the repairs done; estimated. Of course, SWMBO’s Son will be paying us back. (That could take just short of forever.)

Heard the hacker group “Anonymous” declared war on ISIS. Hell, if they really wanted to do some good they’d declare war on Obama, find and release all his personal info that he had locked up before being elected President. Nice hearing some of the States telling Obama to pack sand on his immigration plans though. I feel kindlier towards my Ex- than I do Obama.

Anywho, that’s probably it for tonight. The rest of the evening will be spent listening to the (Ham) radio, puttering around the house, and chillin’. And waiting on the Tow for SWMBO’s car, of course. 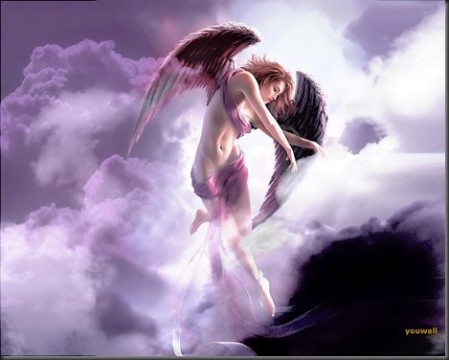