So I naturally spent as much time outside as I could. Even half way cleaned the truck out. At least you can see out all the windows now. Of course, the Dog and I took off all our clothes and went for a couple of walks around the “back 40.” 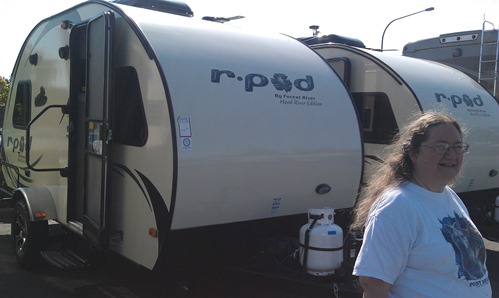 Speaking of the Truck: I have a 2005 Ford Ranger Edge 4X4 and I’ve been online several hours trying to find out how much it’ll tow. Ranges were all over the place but, finally, at the Ford site, I came up with 3200 lbs depending on how much SWMBO and I weigh. I think you can safely deduct 400 lbs from the total. Which means I can safely tow up to 2800 lbs. Cool! More if I’d get on the schtick and lose the weight I’ve been wanting to lose. Getting tired of this belly hanging out in front of me everywhere I go. 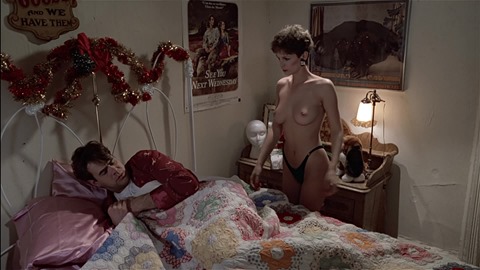 Then I went to a place that would tell me how much I could expect for a trade-in if I decided to trade-in my truck: $5200.00 would be about the max. IF you could find a dealer that would give you the max. What was REALLY surprising though was my present mileage. I’d have guessed around 40k miles; and would have been almost 60k wrong! I have 99,154 miles on the old girl where she sits in the driveway now. This has been one damned fine truck! I’ve never had to put her in the shop or had any breakdowns and she has done damned near everything I’ve asked of her. But I rarely drive crazy and hardly ever go more than 5 mph over the speed limit. Have the oil changed every couple of years whether she needs it or not. Usually. If I remember. 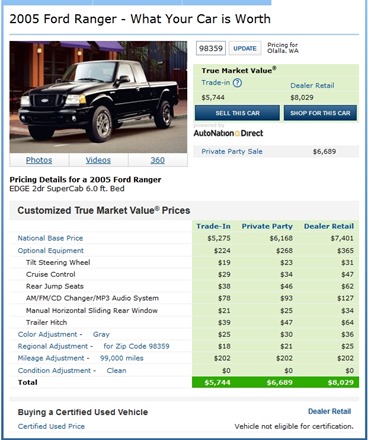 Hard to believe I’ve had that truck going on 10 years.

Not much else going on. Too hot for the locals to do much but sit in their air conditioned houses/cars and bitch about the heat. Supposed to be in the mid 80’s for the next week too. Which means it’ll rain in a couple of hours. This is WaRshington, you know.

That’s pretty much it for tonight. SWMBO and I had a (hopefully minor) flare-up about her son on the way home. So things are feeling a bit tense around here. I hate that. 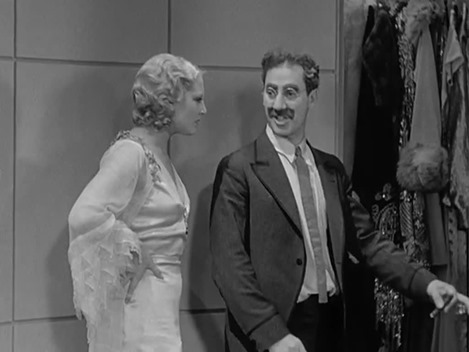 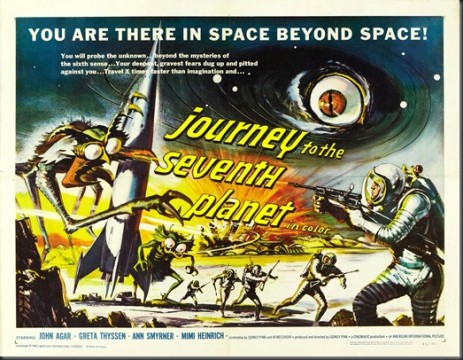