I know it’s been a couple of days since I last posted. What can I say? Been Busy? Nah. Sick? Nah. Lazy? YEP! Joo Got It, Man.

Wednesday: Much the same as usual. SWMBO went in to the office for the day so I kind of hung around until she left. Then I went out to the property and moved some dirt until late afternoon. About 1730 I went down to Al’s Store along the waterfront for the Lunar Eclipse but there were too many clouds to video it. By the time I saw it it was a full eclipse and too dim for my video camera. Bummer! Came on home and sat around watching tv and taking some of the practice tests at qrz.com for my ham license. Highest score so far: 45.7%. NOT passing.

Thursday: Stayed around the house. Finally got the dishes done that I’d been letting pile up! Laundry. Made SWMBO and me some fries cooked in LARD! They was good!!! (Hey, we only do that every once-in-awhile.) Took off for the property about 1530 and did a couple hours of dirt moving before going to the Ham Club meeting in Belfair at 1900. That lasted over an hour so I didn’t get home until around 2200. Luckily (I guess) they didn’t show Smallville so I didn’t ’miss’ it.

Today: Went out to the property kind of early and worked on the ’canyon’ part of the road. Video’d some more clouds for a time-lapse movie and some music I made last night. Got home about 1500 and SWMBO and I took off for dinner at the Teriyaki Chicken Place up by Albertson’s and spent WAY too much money at Costco. But I got an inverter so I can plug my video camera into my Delco Emergency Jump Battery and video a LOT longer while I’m out. The internal battery in the camera lasts only about 1.5 hours of continuous shooting. Got a 4 lb bag of Pistachio nuts for less than $12.00. Cool!

Just been sitting around working on those ’songs’ from last night and the video I took today. Made a right nice time-lapse movie of the clouds from today. Finished with that and uploaded the files to my server and now I’m doing this.

HOW BORING! "WHY do you write about this shit, King". you ask yourself. Hey, it’s pretty simple: nobody else will. Most every blog I’ve read tries to be THE voice of (you name it here). Every blog has to be profound and unforgettable. So I write about every-day life. My life. But, if Y’all want unforgettable, picture this: My naked hairy old-man ass hanging out in the wind on my Digger up at the property.

How’s THAT for unforgettable? 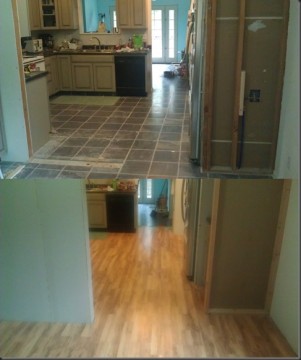