So, I stopped by Alpha & Omega Rentals outside Belfair, Wa last week and arranged for an excavator to be delivered out to the property at 0800 Monday morning. Monday morning comes around and I get up at 0600 and out of the house by 0700. Get out to the property about 0745 and wait until 0900 for it to show up. I drove a couple of miles down the road (towards town) until I could get a signal on the cell phone and called them. “Oh, the manager didn’t update the board so I didn’t know if it was today or next Monday.” Says the person that answered. Said he’d be right out. He shows up at 1015 or so. By the time it’s unloaded I’m starting 2 1/2 hours late. The guy that dropped the excavator off did offer to pick it up Tuesday morning so I could have the rest of the day to work. Cool.

Filled in the trench we made for the power/water lines and dug from the end of that trench to the road. Didn’t cross the road ’cause I still need to drive up and down it. Re-dug the drainage ditch in the dome hole and moved some things around. Stuffed a tree-stump into that hole that keeps appearing in the road. Worked until about 1700.

Got up at 0600 again this morning, out of the house by 0715 and out at the property by 0800. Decided to do some work while waiting for the guy to come and pick up the excavator. An hour goes by so I drive down the road for a cell-signal, call them and the girl that answered says “OK.”. Back to the property. Another hour goes by. And another hour goes by. Finally at 1200 I park the excavator in the driveway opening, lock the gate and take off for their office.

Told the guy behind the desk that I got tired of waiting and that the excavator was sitting in my driveway with a full tank of gas and the key still in it. He immediately got surly (that really is the only way to describe his demeanor) and spouted half a dozen excuses on why it hasn’t been picked up yet. I said that I thought 3 hours was plenty long enough to wait and he came back with more whining and passing the buck. I signed my receipt ($290!!) and left.

Like I said. Not A Happy Experience. I will try my best NOT to rent from them again.

Here’s the excavator I rented. Worked okay but it took some getting used to having the claw switch under my right foot.

2 thoughts on “Alpha & Omega Rentals: Not A Happy Experience…” 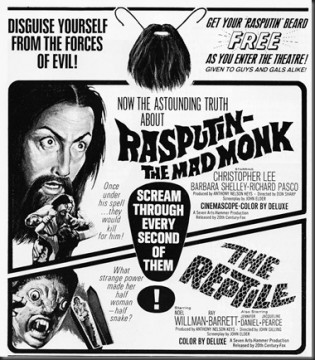